I listened to an insane amount of killer extreme metal this past year.

This is my top ten (or eleven) in order of preference..... 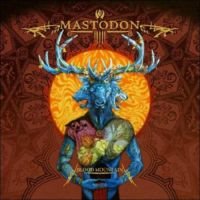 Magnificent. Evrything that this band hinted at on Remission and Leviathan comes to full fruition on Blood Mountain. It's useless to try and pin this album down because Blood Mountain is far greater than the sum of its influences. Mastodon are at the very top of their game. 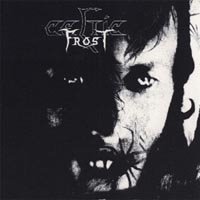 Fucking come back of the year! It's still Celtic Frost but updated for the new millenium. This is not a nostalgia act. A state of the art of production helps but ultimately its the songs and Monotheist has killer songs from start to finish. 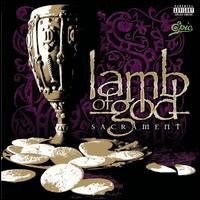 Sacrament blew my fucking socks off. Lamb Of God are the true inheritors of a throne left vacant since the demise of Pantera. This is pissed off supremely heavy metal. Listen to this. 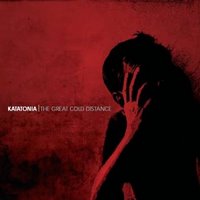 Katatonia have finally made an album thats filled with great songs from start to finish. The doomy atmosphere is still intact but there is a slight change in the sound of the band. The guitars weave and twist and the riffs almost sound delicate. Melancholic without being overly deppresive, The Great Cold Distance is easily Katatonia's most accomplished album in a long while.
Enslaved - Runn 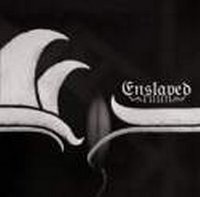 Enslaved have come a long way since Eld. Mixing their Viking extreme metal style with progressive rock, the band have created an absolute masterpiece with Runn. If you liked Below The Lights or Isa then Runn is going to be right up your alley. 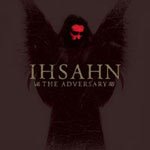 This album seems to have got a bit lost in the fanfare and sheer expectation levels generated by the reunion of Emperor. The Adversary is a superb extreme metal album. Almost like Isahn satisfied all his avante garde needs with Pecattum and then just decided to record some heavy fucking metal. The songs are well thought out, some great lead guitar playing and embraces different styles within the metal genre. I don't know if Emperor will ever release another album but I hope Isahn does. Super stuff.

Isis - In The Absence Of Truth 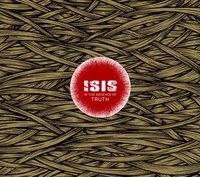 If you thought Isis would never be able to top Oceanic and Panopticon, then think again. In The Absence Of Truth sees the band taking a much softer route but the songs still rock. The background drone and the pummeling intensity of previous outings has been replaced in favour of melancholic and at times almost melodic songs that bristle with power. Probably the best doom metal album of the last year without actually being doomy or metal.

This is the most exciting band in the extreme metal underground today. Mixing a black metal aesthetic with Venom/ Motorhead inspired rock n roll, psychedelia, drum n bass and lead guitars courtesy one Huey Loyd Langton from Hawkwind, The Meads of Asphodel throw everything including the kitchen sink into the mix. This little ep leaves their last full length "Damascus Steel" in the dust. Fantastic. 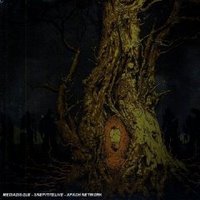 A collaboration between American drone/ noise band Sun O))) and Japanese loonies Boris was always going to be interesting and Altar lives up to all the promise. Layers and layers of distortion and riffs that crawl along at a snail's pace means that Altar is not an easy listen. Kim Thayil turns up to play lead guitar on Swamp Song but overall this is extreme music. Difficult to digest but worth listening to. Essential headphone music.
Napalm Death - Smear Campaign/ Deicide - The Stench Of Redemption 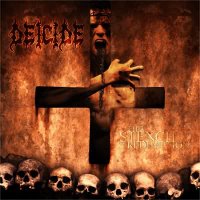 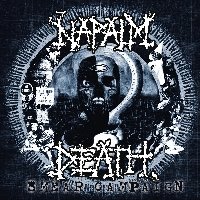 2 bands from the old school. 2 bands left with nothing to prove and more than 1 seminal album in the bag. Yet Napalm Death's Smear Campaign and Deicide's The Stench Of Redemption have left behind a lot of the younger faster heavier bands. Napalm continue down the merry bludgeoning way set by Enemy Of The Music Business while Deicide's Stench... halts the trend of mediocre albums and almost seems like a follow up to Vital Remains' Dechristianized. 2 terrific albums by the old guard.
Posted by reeferjournal at 8:10 AM 3 comments:

I'm sitting in a restaurent called Ginger Marie. Mumbai's equivalent of Casa Picola I guess. My new pen writes really well just in case you were wondering Dear Diary. I'm bored. I want to see a movie but nothing i want to catch is on. Little Miss Sunshine at 11:15 pm. I think I'll go watch that.

I have a joint. All rolled up and waiting. Finish dinner, a chicken fettucini pasta Arabiatta. I'm not expecting much. Some semi dry tomato sauce, bits of chicken floating around and the whole thing just drowned in cheese. Lots and lots of cheese cause this is Mumbai and every kind of food you can think of can be served with cheese. Cheese in your dosa and Cheese in your tava pulav. They fucking love it here.

Bangalore was awesome. Maiden, then Scotty's then weed, then beer, food, my room, the company of friends. Bangalore was fucking awesome. The only thing missing was a gas chamber. I think we've all grown up a bit. Tolerance levels have gone down and we all pass out sooner rather than later. The end of an era if you will Dear Diary. The sad bit is, I'm not sure when the end came.

The pasta was pretty good. Spicy, just a sprinkling of parmesan and a nice sauce. I don't know why I didn't come here earlier.

I've just about finished my Hellblazer collection. Almost. Missing Azarello's Good Intentions and Ellis's Setting Sun and Haunted. I think Garth Ennis's contribution to Hellblazer was fucking spectacular. His vision of Satan, Lord Lucifer call him what you will leaves Gaiman's version from Sandman and Mike Carey's version from the spin off in the dust. Ennis's version of Lucifer is just bad ass.

India's out of the World Cup. It was pathetic. I felt embarrased and ashamed. All of my predictions of atleast a semi final berth were consigned to the stuff of dreams. What happens to Indian cricket now is anybody's guess. I'll still watch every game as will millions of my fellow Indiansso the BCCI won't be too bothered. Such a big dissapointment. This country deserved better.
Posted by reeferjournal at 7:56 AM No comments:

Iron Maiden was everything I thought it would be and then some. I can't stop smiling. It's been 10 days now and I still can't get over it. I saw Iron fucking Maiden. Fuck everything else. \m/

I'm going back to Bangalore in April.
Farewell Mumbai
I leave my beloved rose in your care.
Treat her well.
Handle her with care.
Don't make me come back.

I have to figure out a lot of stuff. Moving back and all. New job, living at home, and all that. Right now though, all I can really think about is where I'll find the place for my books and music. That's all I can think of. Rome is burning and I'm counting CDs and leafing through Hellblazers.
Posted by reeferjournal at 7:47 AM No comments: