The behavior of the rogue may fairly be described as individual, separation from its fellows appearing to increase both cunning and ferocity. These solitary beasts, exasperated by chronic pain or widower hood, are occasionally found among all the larger carnivores and graminivores, are generally male, though, in the case of the hippopotami, the wanton viciousness of old cows is not to be disregarded. 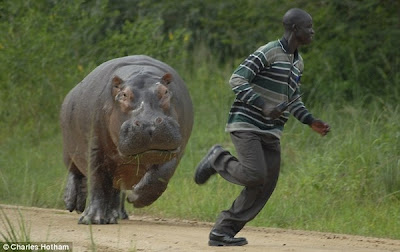 I’ve been reading grand dad’s books one by one almost obsessively and today I started to feel nostalgic and miss him. I wish I had the balls to ask him what he thought of No Orchids for Ms. Blandish and how he came to own a treasure trove of pulp. Also, for some strange reason, I’ve come to associate grand dad and Jarboe. So naturally I spent all day listening to J2 and Mahakali. Doubt if grand dad would have liked but I certainly do.

There’s something about the way chester himes writes that I really like. His books read like blaxploitation movies. Coffin Ed Johnson and Grave Digger Jones could have been superstars and badasses. Just look at their names. But Himes only kept the badass bit and never let their personalities take over the plot. They were honest good police who worked hard and kicked ass occasionally. Cotton Comes to Harlem was filmed and it was Ossie Davis’s first film as director. I had no idea till IMDB told me but he was on my mind after Bubba. Anyway, it’s pretty good and holds up well but imagine Fred Williamson as Coffin Ed and Richard Roundtree as Grave Digger. That would have been something else. The potential for badassery fries the brain but it was never meant to be. Instead we got a lame ass sequel based on The Heat’s On and it ended right there. Let’s not talk about a rage in harlem and that fake piece of shit.

Anyway, I’m just rambling here and I’ve forgotten what I came to do.

Posted by reeferjournal at 10:57 AM No comments: 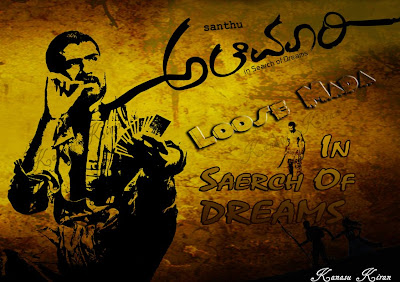 Kannada movie bonanza this weekend. Saw Alemari with Yogesh alias Loose Madha as hero and it wasn't bad at all. A horribly disfigured and somewhat slow man is brought to Bangalore from a village to work as manual labour. Every night he sleeps and dreams of a time when he was a normal looking dude and living his life as a milkman, falling in love with a girl (Neeli) and getting involved in gang fights with a local rowdy who goes by the name of NIMHANS Suri. Mental fellow. The story is the by now cliched plot of love, rowdyism and longs. What makes this a bit different is you're never sure if it's a flashback of the hero's life or simply a dream. Its only when the movie's over and I was putting all the pieces together that I realised every character in the hero's dreams was someone he met on the streets during the day. His dream mother is a woman who takes pity on him and feeds him, his dream lover is the woman who lives in a house next to the shed he's staying in, his dream mentor is a man who's dead in the real world and whose giant billboard he passes by every day and his dream brother in law is a rowdy who's just gotten out of jail. Or, maybe, it all actually happened and his mom and brother in law just don't recognize him cause of how fucked up his face is. Originally running at over 3 and a half hours, the movie was then cut by about an hour before release and further cut by 20 minutes after its initial release. Its a jumbled tale and some parts don't make much sense. The fight scenes are great though. A chase where Milk Madha is running through the lanes with all of NIMHANS Suri's area boys chasing him is done nicely and the final fight is pretty good too. I have to say, Jogi has had such a huge influence on kannada movies that its scary. Its given birth to a whole new dialogue, our own street, full of sketches, deals and fittings. Hardboiled as hell for anyone willing to sit through a half assed love story and a few obnoxiously loud songs to get to the good bits. The writing is really good. The dialogue is sharp and honest. The above quoted lines lose something in translation and with no context but it made me laugh. Also, Ramesh Bhat as Shastri the brahmin music teacher, simple man and father of heroine is such a lame character and Bhat has been doing these for years now. Umashri in the role of milk Madha's mother is also on autopilot. She's done this whole loud, short tempered but loving mother role hazaar times. On the other hand MICO Nagaraj as Naganna the kind hearted moneylender and ex-rowdy and Adi Lokesh as Pulav Krishna the cold and heartless rowdy play out newer cliches like they were born for it. In fact, Adi Lokesh was quite impressive. Not hero material but maybe another solid character actor. Anyway, it's a movie worth checking out.

Tired dude. Too early to sleep so here I am. Also saw Spartacus: Blood and Sand and it was pretty crappy except for one great fight scene and Lucy Lawless who's quite hot after horrible Xena. Season 2 of the Borgias cannot start soon enough.

Posted by reeferjournal at 10:40 AM No comments: