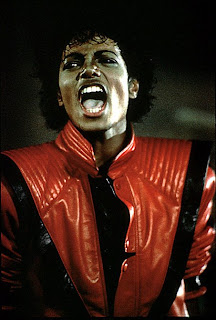 My very first cassette tape was Michael Jackson's Thriller. It was special anniversary edition of some sort that dad got back for me from Singapore. I remember playing it to death and my cousin and I even used to practice the moonwalk. Michael Jackson really was something else. Thriller and Bad were just two albums that I totally loved and even Dangerous wasn't too bad and I'll always enjoy a Michael Jackson song. His music makes me happy. 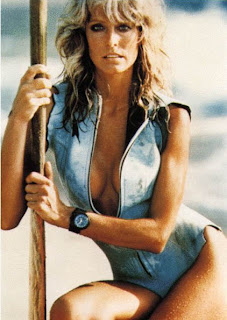 Farrah Fawcett died yesterday. I saw The Cannonball Run again recently after years and she was just so effervescent, cute and smoking hot in that movie. Another awesome woman gone and a little bit like Jacko, watching Fawcett on screen I'd just feel happier about everything.
Posted by reeferjournal at 1:46 AM No comments: