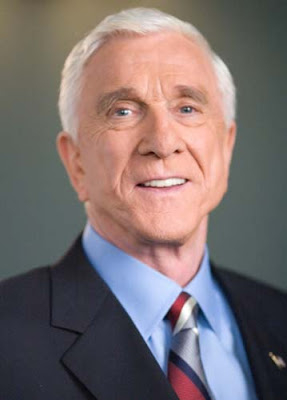 Thank you for the countless laughs. You will be missed.
Posted by reeferjournal at 4:48 AM No comments:

It worries me when I update too frequently. Am I spending too much time over lunch at airlines? I'm hungry. My sweater smells of cigarettes. I need to buy flea powder for Ray. The new lesbian is awesome and the new Place of Skulls is really gay. Victor Griffin found christianity a while ago and decided to write an entire album about it. Irony? Maybe. Mostly just pathetic.

I feel like listening to Nocturnus suddenly. After years. Restless and irritated and feel like picking a fight just for the heck of it. It's also worrying that I've forgotten Powerpoint. This used to be my forte once upon a time and now its this alien tool that I sit and stare at for hours. I think I'm going to be stuck with work for a long while today. I hope I'm wrong. I want to head home and nap. Started on a UK mini series called Dead Set about a zombie epidemic set around a Big Brother tv show and it seems promising even if I'm not yet done with the first episode. Also another american show called In Treatment with Gabriel Byrne as a psychiatrist and each 20 minute episode has him with one patient. Its done really well and the first 15 minutes of episode 1 seemed very promising. Bit heavy and serious but very well acted and some 100 episodes already.
Posted by reeferjournal at 3:21 AM No comments:

I'm a stoned jet fighter with a heart of gold

I've been having the same dream every night lately. I'm driving around in my car, a gigantic ksrtc bus cuts me off, then winds up climbing onto the divider and gets stuck. I look, point, laugh and drive on. Dream over. Freudian interpretations not required.

Here's someone I should have added to my list of IWILTF. The fact that I forgot then shames me but I saw her in an ad today and all my dormant schoolboy fantasies came back to life. Not to mention that she kind of looks like my English teacher from school. Damn. 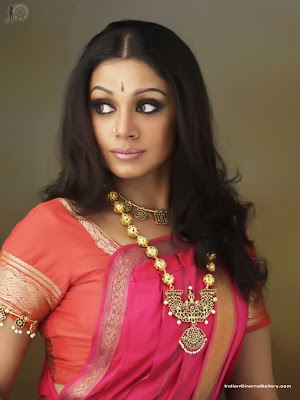 What else is happening? Not much really. I feel a desperate need to bunk work tomorrow and sit and finish masterchef Australia season 2. Not healthy and not possible.

Before I take your leave, here's an unrated trailer for Hobo with a Shotgun. Rutger gives a speech and then its just total fucking mayhem.

Posted by reeferjournal at 8:34 AM No comments:

Ghosts of the Midwinter Fires

Its been a while since I updated with anything approaching enthusiasm. I think the time has come to rectify that. After all, life seems mostly okay. Ignore all previously stated worries and move on.

There's a new Monster Magnet album and its really good. Like really really good. Like an easy 4 on 5, maybe 4.5. That alone should be reason to celebrate. One of my favourite bands that I'd kind of given up on is back and kicking ass. There's nothing on here like Bummer and the leads are very rare but that's the only problem I have with Mastermind. There's also a new Agalloch and Aborym that are rocking my world in totally different ways. The Aborym, first new album in 6 years is a very tame affair compared to the wall of sound and head fucking intensity of with no human intervention. Its catchy, groovy, at times melodic and even throws in some European techno. They've discarded the machine tools for a slightly more accessible sound and still sound killer. The new Agalloch, Marrow of the Spirit is a long solitary walk into a cold grey forest. The music exudes a certain sense of loneliness and despair that the band really hasn't hit since Pale Folklore. The neo folk bits are classic and the songs flow with a sense of purpose that was missing on Ashes against the Grain and this is the band's best in a while, which considering their awesome consistency is saying a lot.

On the other hand, the new Electric Wizard is a bit of a disappointment with its fuzzy underwhelming tone and bleak overall sound. There's very little difference between songs and overall sounds a bit rushed. Or maybe Oborne and crew just didn't smoke enough before writing this. Boring. The new Atheist ticks off all the right boxes and sounds good too but I feel like there's something missing here. The guitars sound nice and chunky, the bass is loud and the songs are quite groovy but feel is not happening. There's something missing in both these albums but not sure what yet.

In other news I am well and truly hooked on masterchef Australia. I decided to junk the tv in my room and so started to download episodes and now I stay up at night watching multiple episodes of a cooking show. Yesterday they brought back 3 of the older eliminated contestants and it left the top 7 and me fuming. So suddenly jimmy, peter and that bar tending chick are back. Wtf! And jimmy promptly makes a curry. Can this fellow cook anything apart from over spiced curries? I don't think so. Also, kind of hooked on Modern Family. The gay couple's really funny but the main men are the dad of those 3 little kids and the colombian 10 year old with the wisdom of the ancients and his big breasted mom doesn't hurt at all even if her voice and accent can grate after 15 minutes.

There was a brief moment of sunshine right now. I ran out to confirm its presence and it disappeared by the time I came back in. The rest of the day has been bleak, cold and wet.

The Coen brothers are remaking True Grit. With Jeff Bridges, Matt Damon and Josh Brolin. I know I've mentioned this previously but all I had then was a poster to go on. Now there are trailers and its going to kick ass. Matt Damon looks like an inspired bit of casting. I cant wait for christmas dammit.

Also, new Impaled Nazarene releasing in 2 days and still no leaks? O great interweb, what is wrong with thee? Where hast thine awesome power gone? Dammit!! Still, as far as teasers go, this is pretty awesome.


This Agalloch is beautiful and Marrow of the Spirit? What a fucking awesome album name. Are they post rock disguised as black-doom? Does it matter? Yes and no. This is one awesome album. It makes me want to sink into bed and hug myself. It has the potential to ruin perfectly good moods and enter into the subconscious where it'll spread till every thought is about being alone and no action is possible. I should turn it off but I can't, I can't, I can't.

Sitting in airlines on another cloudy day and updating blog when I should be working. It's okay though. The bills are paid and work can wait.I'm a little bit lost. I know I'm in a situation that will probably have pretty awful consequences sometime in the future but I won't quit it and get out and its become super easy to shrug and pretend like I have no control over it but I do. I could get out and a part of my brain that speaks for self preservation occasionally screams at me to get out but I simply don't want to. I'm going to bury my head in the sand and ignore the signs. This whole deal leaves me a bit bewildered and totally utterly without direction. I know what I should do but that's the last thing I want to do. How can something that makes me happier than I've ever been also completely get me down? There's a whole bunch of new experiences involved that leave me mostly confused, nervous and agitated.Things at home aren't making my life any easier. It feels like I'm constantly asked and expected to live up to some ideal and set of rules that people judge me on. If you don't have xyz by the time you're 31 then people might think you're a failure. If you're not heading towards a family of your own by then, the same people might think something's wrong with you. It really gets me down when they do the whole soft, "look, I'm being reasonable" voice to tell me shit they know I won't like. I wish people would leave me to my own devices. Honestly. It should be up to me whether I want to die alone or with a family to hold my hand. My choice and the consequences are something that only I'll have to deal with, either way. Just ranting now and probably not making much sense. Don't really feel like talking about anything else. Later I guess.
Posted by reeferjournal at 12:36 AM No comments:

A short week. 3 days of work followed by the biggest festival of the year. Happy Diwali.
I turned 31 a while back. The entry that was supposed to mark my growing older was instead turned into an e mail, so here I am again. I think 31's left me with an ache in my bones and a perpetual fear of age. I woke up in a cold sweat last night with the number 31 flashing in my head in gigantic neon and induced a bout of sheer terror. Drama and exaggeration aside, 31 does make me feel older. Older than I felt with 30 which slid off me. 31 somehow seems more ominous. Like people are watching me now and I really have no excuse to fail at anything. I feel pressure. Its strange really. 21 was a whole lot more momentous but there wasn't any real pressure. Here, not much is going to change but I can feel some strange invisible pressure. I guess it comes down to growing old and how its finally started to suck a little bit.
In other news, I had a terrific birthday. It was the most fun I've had in years and I spent it with the only person I wanted to.
Posted by reeferjournal at 6:52 AM No comments: